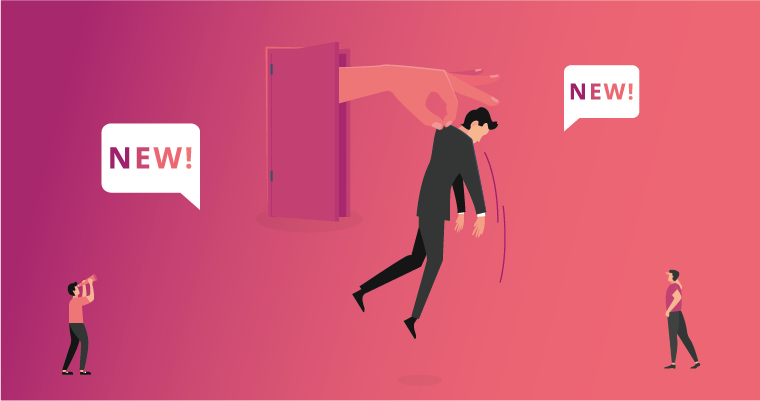 Posted by Shany on June 25, 2020
After we've introduced the end meeting for all, as well as the lock meeting feature last week, we're proud to announce yet another feature update this week! You can now remove unwanted users from your video meeting.

Why does anyone need this feature?

In the best-case scenario, you won't ever need this feature. However, here are some scenarios why you would want to remove people from your video meeting. Let's start with the most innocent one. One of the guests thought he/she left the video meeting, but due to some technical difficulties didn't. Anyone with an eyeson license (aka a host) can now take matters into his/her own hands and remove that user. After all, we don't want anyone to embarrass themselves or to disturb the ongoing video meeting.

Another reason why you'd want to kick out a user is when you share your meeting room link publicly. When you share your meeting link on social media or other public forums, you're making your event extremely public. ANYONE with the link can join your meeting. While we would advise against sharing your link publicly, there are some cases where it does make sense. However, since we are aware of the dangers that come with sharing your link openly, we wanted to ensure you have the right tools to deal with them. You can remove unwanted users at any time and ensure that no one disturbs your video meeting. So it's a way to kick out anyone who should not be there. After kicking them out, you can also lock the meeting to make sure they can't rejoin.

Lastly, if you are discussing important topics and can' identify one of the users, you can always kick them out to ensure that no one is eavesdropping on your conversation. T hey might be using a different name and not responding for whatever reason, but safety first, right?

Who can remove unwanted users?

Now, who can remove unwanted users? Anyone with an active eyeson license can remove unintended users during a video meeting. As you all know, eyeson is known for it's flat, collaborative hierarchy. We chose to let anyone kick out users, but ensure that the person who gets kicked out is informed about who did this. We try to make eyeson as transparent and fair as possible.

Regardless, we're always happy to hear your feedback, so make sure to let us know what you think! For more detailed explanations on how to use this feature, make sure to visit our help center.